Posted on 02 March 2020 by Chee Rabbits.
Tagged with Newsletter.

TL;DR: A new component, a project board and a post-mortem.

In our continued efforts towards openness we’ve created a GitHub project board that has a card for everything we’re currently working on.

When an issue is opened on any of our projects, it’s added to the incoming column automatically by a GitHub action.

We started with 348 things to do. We haven’t yet seen that number drop below three hundred, but we’ve done 534 of them and we’re working on the rest. 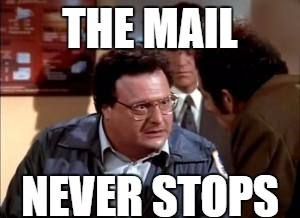 The latest version of Chrome made some unexpected changes to how they rendered things, and it broke the layout on a few of our internal projects. We reacted fast and got it fixed, and Lee wrote a great breakdown on how it happened and what we changed.

We’ve created a new component that was in high demand, the Meter.

Similar components had been in use on internal and O&R products for a while, and now we’ve made this which helps increase consistency across all our teams and all their products.

Our thanks this month goes to Olga Averjanova for diving all the way in and creating a new component (o-meter), and a polyfill!

A remarkable level of contribution for two weeks on the team! Thanks, Olga! 😊

A digest list of other things that have happened: