Posted on 01 April 2020 by Lee Moody.
Tagged with Newsletter.

It’s hard to believe we were largely working from an office at the beginning of this month. A reminder that we’re here to help. Our level of support is the same, and we’re happy to help via a hangout or Slack. 😊

We’re also running our workshops as usual. This month we ran out first ever fully remote “An Introduction to Origami” workshop for our fellow colleagues in Sofia. Thanks to everyone who attended!

Find us on Slack here:

In response to these times, we’ve been doing more spring cleaning of the Origami estate than usual.

We’ve introduced an optional new workflow for releasing Origami projects. If your team maintains an Origami component, we hope you love it as much as we do!

It’s now possible to add a release label to an open pull request which will automatically create a semver release when merged. The version number released is added as a comment on the merged pull request. Labels include release:minor, release:patch, and release:major. 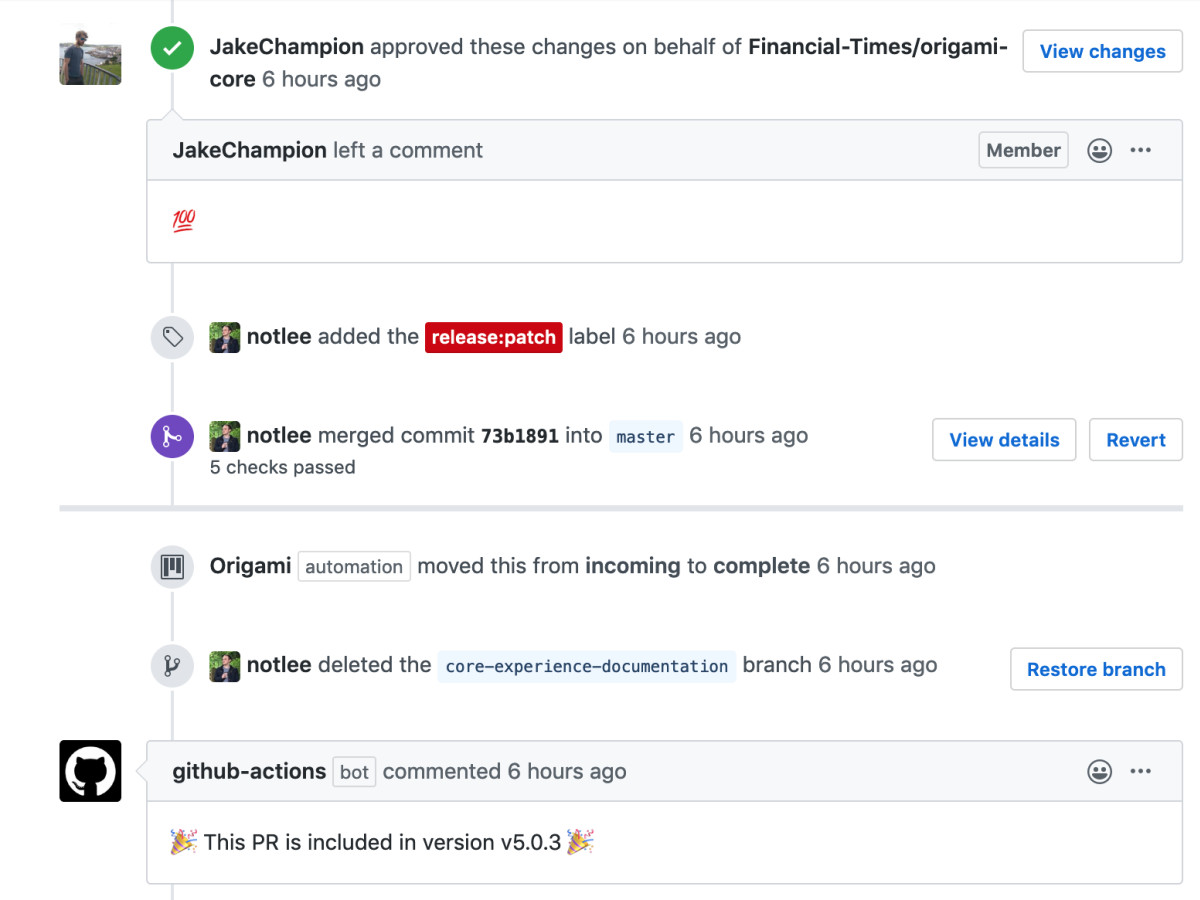 The benefits of this approach are:

This months special thanks goes to you all! You’re all doing a great job. Treat yourselves kindly. We miss your faces. ❤️

A digest list of other things that have happened since our last update: