Posted on 01 August 2020 by Lee Moody.
Tagged with Newsletter.

This month we released a new tutorial, Create A New Origami Component. The tutorial starts from an empty folder and concludes by publishing a new component to the Origami registry.

Our aim was to encourage more contributions from outside the core Origami team by pulling together documentation from various sources into a complete step-by-step guide. We hope the tutorial will be useful for teams who want to create new Origami components, such as when the former Comments team built o-comments; and for new or guest members of the Origami team, such as when Olga Averjanova created the o-meter component during their bootcamp with us.

The tutorial is comprehensive and covers topics which may not be relevant to all components. In the future we would like to reduce the length of the tutorial by splitting out topics into separate tutorials.

Another change we’ve made to help Origami contributors and Origami users is to verify README documentation of a component. The latest version of Origami Build Tools checks for:

Any issues are also flagged directly within Github. 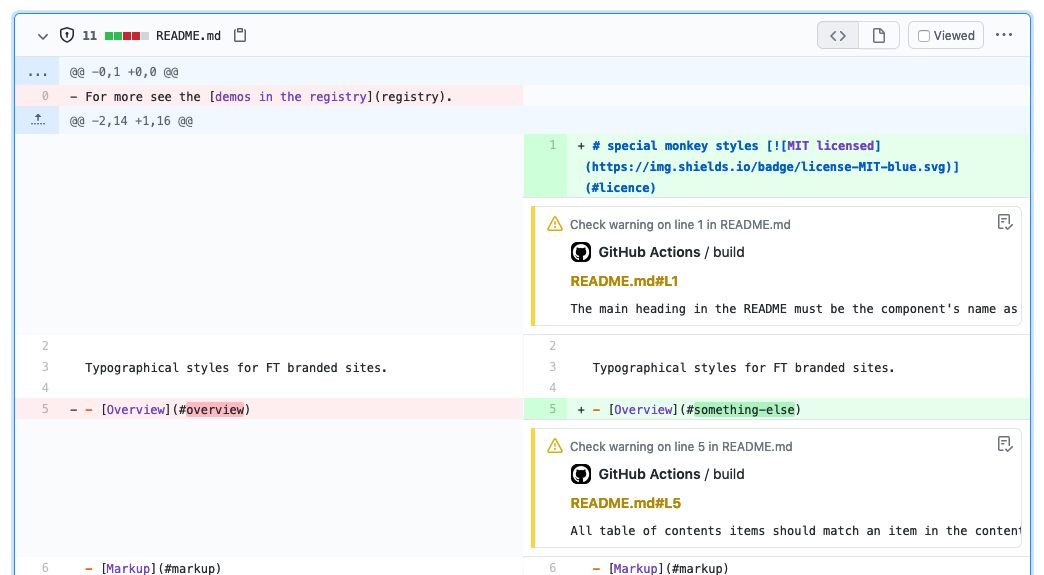 Working with the Content Innovation team we added new indicator labels such as the “live” and “new” story labels to the o-labels component. Previously the labels were implemented separately in multiple projects such as for teasers and the live blogs page. Maintaining two implementations may cause future design inconsistency or require duplicate effort to fix bugs. Now all projects can include o-labels instead of reinventing the indicator labels.

This weeks special thanks goes to Chris Brown from the Data Strategy & Governance team. We have taken on stewardship and maintenance of o-tracking this quarter and Chris has been very helpful, answering many of our Spoor and o-tracking questions and pointing us to other useful contacts.

If you have o-tracking feedback or feature requests now would be a great time to raise an o-tracking issue on Github.

A digest of other things that have happened since our last update: