Posted on 02 March 2021 by Lee Moody.
Tagged with Newsletter.

TL;DR: This issue is a big one. It covers our progress toward the recently announced npm migration; a new Origami Image Service placeholder image feature; a new Origami Build Service feature to help teams keep components up to date; and a whole bunch more.

Some of the bigger Origami news since our last issue:

We’ve been making excellent progress towards migrating Origami components from Bower to the npmjs registry. Origami tooling has been updated, and services such as the Origami Build Service are almost ready too.

With the release of npm7 we think now is a good time to drop Bower support. To find out what it means for your team, and what benefits we hope to achieve, see last month’s announcement. 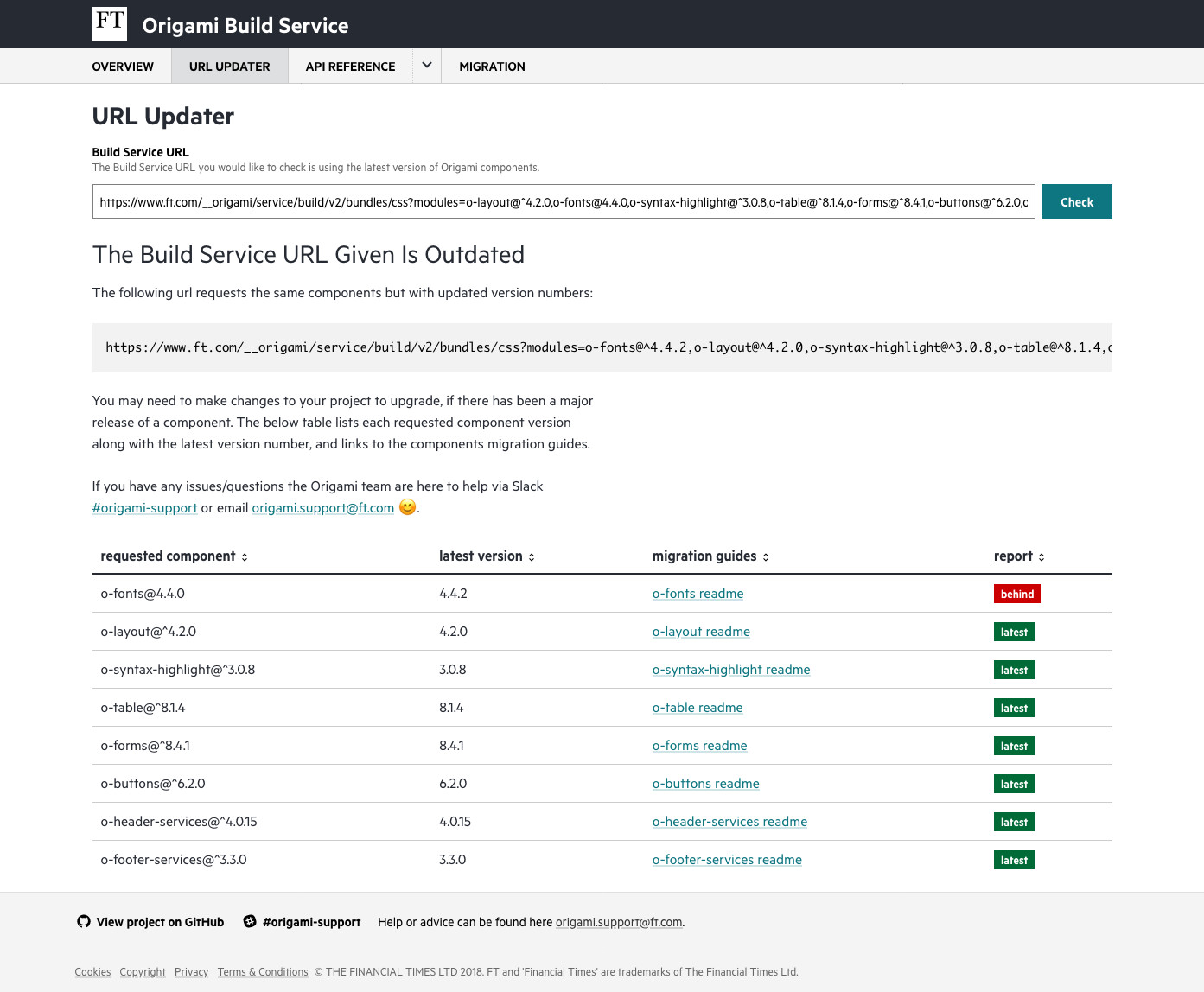 Huge thanks to Erin Ferguson for helping us write last month’s announcement and for organising training for the team, we can’t wait and look forward to sharing what we learn!

A digest of other things that have happened since our last issue: